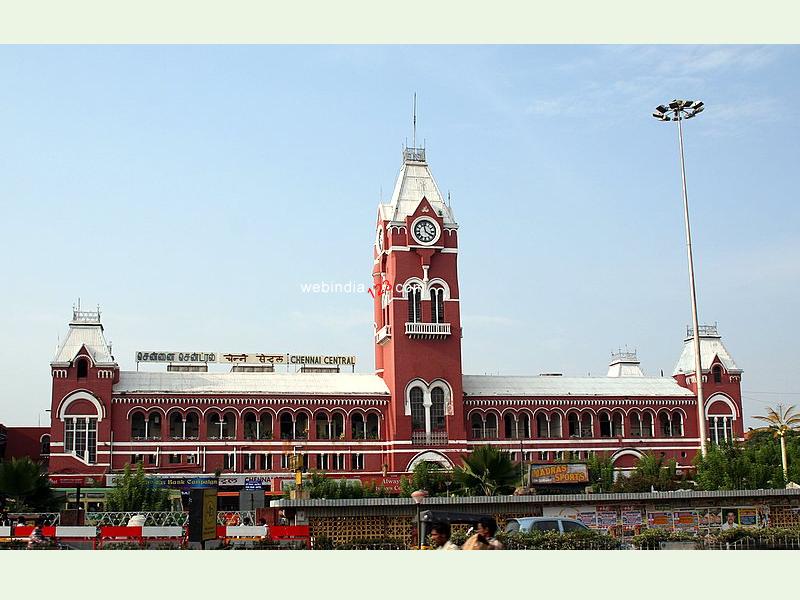 Description : The Madras Central Station was opened in 1873 with just four platforms. George Harding designed the building. It took another five years for the work to be completed. Robert Chisholm suggested some improvements and trimmings, one of which is the Travancore `caps` on the towers. This redesigning effort took till 1900 to complete. The clock tower has four faces and is at a height of 136 feet. It is set to chime every quarter of an hour and every hour. In 1959, it was found necessary to do some more work. Madras being the gateway to the south, in 1998, the main building was duplicated and the station now had 12 platforms. Today, approximately 200,000 people traverse the platforms embarking on journeys or arriving at Chennai.