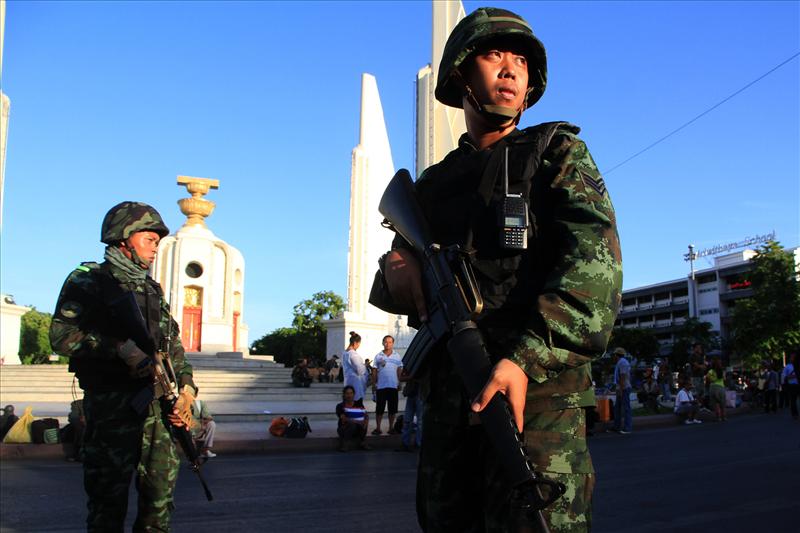 Description : Thai soldiers stand guard at the anti-government rally site in Bangkok, Thailand, May 23, 2014. The Thai military on Thursday staged a coup d'etat to overthrow an elected government and parliament and abolish the constitution following months of an unresolved political conflict. (Xinhua/Rachen Sageamsak/IANS)