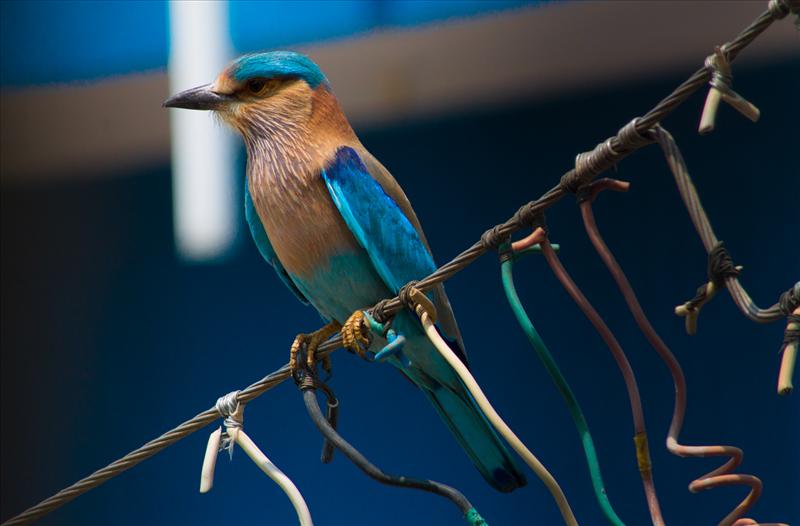 Description : He was an elusive subject;He had a pose and a style, the crows often envied. But he was a tough guy, which is why the crows left him alone. I was restricted to a 300mm, so I had to wait for him to fly by and and this gave me time to understand him. He was not alone, he had a friend probably a female, but it was not until dusk till the two of them flew back to each other. The days were spend hunting and exploring. And in the evenings they spent time together admiring the sunset. It was only after 6 weeks of waiting he finally decided to fly close to my spot . And there I sat early in the morning bleeding blue.