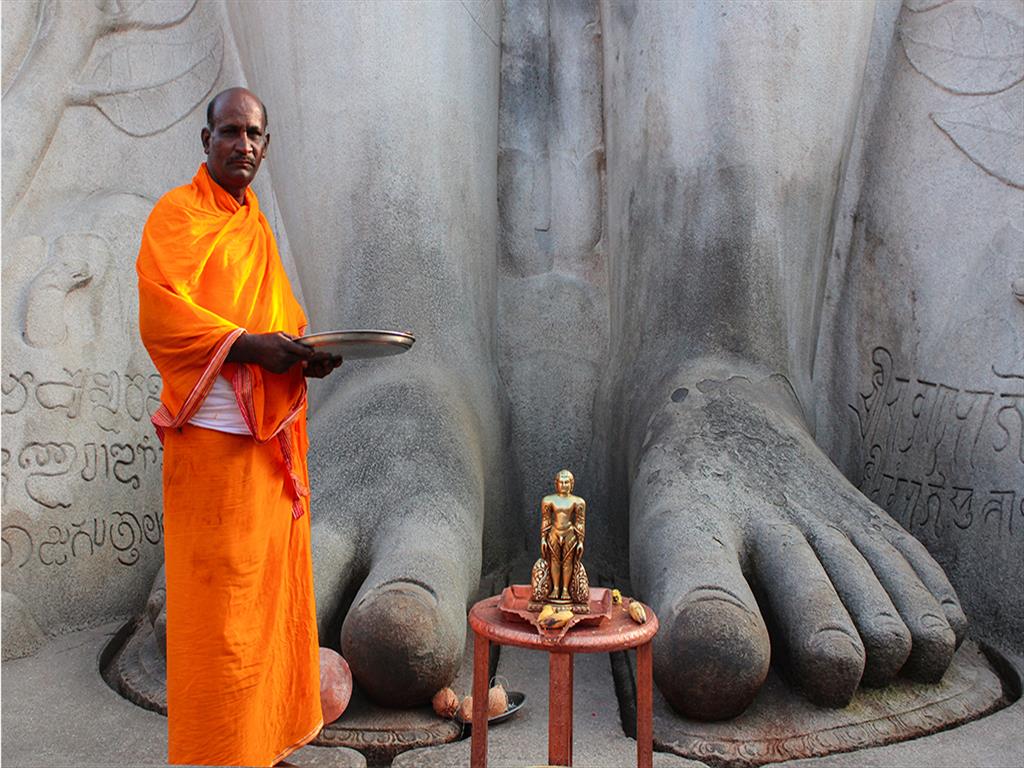 Description : Shravanabelagola has two hills, Chandragiri and Vindhyagiri. Acharya Bhadrabahu and his pupil Chandragupta Maurya are believed to have meditated there. Chandragupta Basadi, which was dedicated to Chandragupta Maurya, was originally built there by Ashoka in the third century BC. Chandragiri also has memorials to numerous monks and ÃÅ¡rÃ Âvakas who have meditated there since the fifth century AD, including the last king of the Rashtrakuta dynasty of Manyakheta. Chandragiri also has a famous temple built by Chavundaraya, who was a disciple of Nemichandra. The 58-feet tall monolithic statue of Gommateshvara is located on Vindyagiri Hill. It is considered to be the world's largest monolithic stone statue. The base of the statue has an inscriptions in Kannada as well as the oldest evidence of written Konkani, i.e. devnagari script, dating from 981 AD. The inscription praises the king who funded the effort and his general, Chavundaraya, who erected the statue for his mother. Every twelve years, thousands of devotees congregate here to perform the Mahamastakabhisheka, a spectacular ceremony in which the statue is covered with milk, curds, ghee, saffron and gold coins.